It’s been a while but I have finally managed to polish a version of Break Time! for Virtual Reality. It should be coming out on Steam soon. Enjoy the trailer in the meantime.

Break Time! A game that I have been working on alongside Mark Tarozzi has finally been released to the public after what I think has been a full year of intermittent development, what with working other jobs to fund our creative passion. It’s finally done.

You can get it on android here: https://play.google.com/store/apps/details?id=com.spacetoastgames.breaktime

An iOS version is getting reviewed as we speak.

It has been a great learning process and we hope to speed up the process a bit and not aim for something so demanding next.

Started working with a few of my peers to make games and hopefully release them this year! 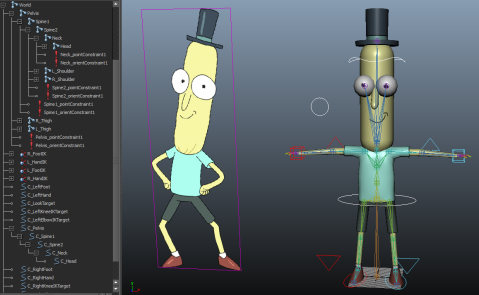 We thought it was only appropriate to use Mr PoopyButthole as a character for a game jam based on pooping everywhere. Hopefully Adult Swim doesn’t sue us. 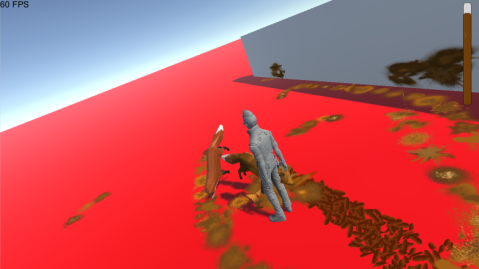 Instantiates poo decals on whatever surface our poop lands on. Useful in many other situations.

After a long while, I finished animating a character in Maya.
You can view a Unity project that I hooked up the animations to: http://manstie.votekick.com.au/Unity/AnimationWEBGL/fullcharacteranimation.html

When I exported, the eyelid and the weapon stopped moving, but I didn’t notice until after I had set everything up.
Raw footage of animation: 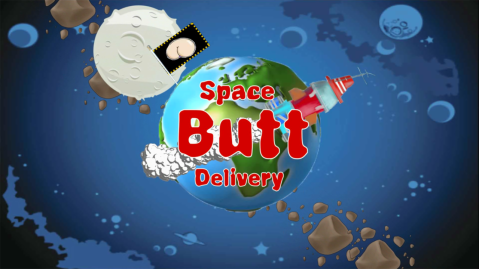 The theme of this game jam was “Get your arse to mars” which our team took quite literally. The idea is much like many flash games you see, where you launch at first with almost nothing, and get nowhere, then you earn money/points to spend on upgrading your launch to get further – eventually delivering a synthetic arse taped to a rocket to mars.

I worked mainly on the upgrade system and menus. You can pick a category of ship part to upgrade then select a part you want to buy – if you have enough ‘science points’.

You can get to the moon straight from launch at the maximum upgrade of launch pad. 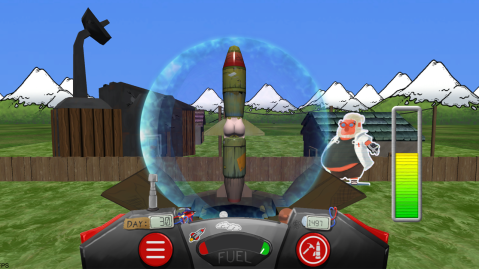 Trying to dodge a satellite on your way to mars.

The end screen when you get to mars. Roll credits.

The art team was filled with slackers – about half the class had minimal contribution to this project. Many of our ideas did not come to life because of it, but at least we completed something.

“You are the monster” was the theme given. The concept is a bomberman type level with souls of fallen gamers that run away from you. Since you are the grim reaper, you harvest the souls, but you have a quota within the time frame. Whenever you complete your quota you gain time. Objective is just a high score at the moment. There are angels that can save the souls from your grasp, and also stun you with their attacks. The levels are randomly generated thanks to yours truly, so no level should look exactly the same. Also the level sizes grow bigger through completing levels or through the options menu.